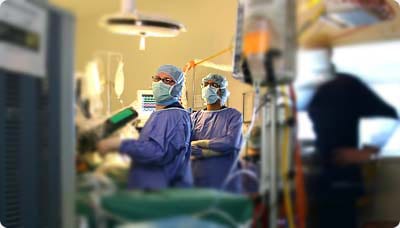 Although there is significant government concern of the overuse of Prostate Specific Antigen (PSA) blood testing it appears that there is very little usage of this blood test, which is commercially available at all pathology laboratories costing $26.00.

We also know that if there is a family history of prostate cancer, that is a first degree relative; father, son or brother with prostate cancer and that diagnosis is made around the age of 60, relatives of that prostate cancer sufferer have a three times increased risk for the development of prostate cancer. Unfortunately there is no equivalent test such as the BRCa1 gene testing done in breast cancer high-risk families.

Prostate cancer is diagnosed generally after a PSA blood test is drawn or an abnormal digital rectal examination is found. After appropriate information given to the patient, most organisations such as the Urological Society of Australasia recommend that men between the age of 50 and 70 who have at least ten-year life expectancy be recommended to have a PSA blood test. PSA blood test whilst not 100% sensitive and 100% specific for prostate cancer diagnosis is the best marker in oncology. It is also relevant that PSA has a 60% better positive predictive value for cancer diagnosis than does mammographic screening.

Once a man has had prostate cancer diagnosed and is suitable for curative therapy there are a number of options for him. The mainstay of treatment for organ confined prostate cancer has been radical retropubic prostatectomy. This operation has been refined significantly over the past ten years. The problem of incontinence, which bedevilled this operation in earlier times, has become much less significant. Most centres where this operation is performed now have incontinence rates around 1 to 2%. This incontinence means a total incontinence where some form of artificial sphincter or urinary diversion would be required for control of urinary flow. Minor incontinence like stress incontinence happens in approximately 20% of men who have radical prostatectomy. This is often managed with pelvic floor exercises and no other therapy.

Some men who have other co-morbidities where curative therapy is inappropriate will be assigned to a program of watchful waiting using PSA as a clinical measure for disease progression. In these patients often hormonal therapy using injectable LHRH analogues will provide many years of amelioration of prostate cancer.

In summary at present in Australia only one in ten men will have appropriate prostate cancer testing that is digital rectal examination and PSA blood test annually. Although the Federal Department of Health suggests that PSA testing is overdone in our community, most PSA testing is done for disease monitoring rather than for screening diagnosis.

It would be timely to introduce an education and awareness campaign for men in the Australian community and their partners to understand the problem of prostate cancer in our community and allow men to make an informed choice regarding testing and options for curative therapy.

The Prostate Cancer Foundation of Australia is planning a National Awareness Campaign which will be run in two stages. Information will be sent directly to GP’s early in 2003 and continuing articles will be presented in Medical publications such as Australian Family Physician. The Foundation will also be undertaking a public awareness campaign through mainstream media.